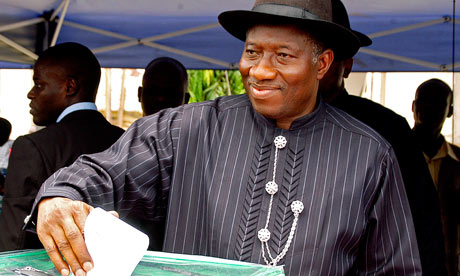 Northern political leaders have agitating for a return of power to the North have been told by ex militants in the Niger Delta to wait until 2019 when President Goodluck Jonathan would have fulfilled his developmental blueprint for the entire country.

They specifically urged Nigerian voters to be weary of those they term “expired leaders” who are masquerading as progressives.

The ex militants, who made this known yesterday, spoke under the aegis of Third Phase Amnesty Camps Committee (TPACC).

Carpeting the Northern leaders for eyeing the seat of power, the TPACC said, “They should wait until 2019 after Jonathan had (sic) completed his second term.”

Speaking in Yenagoa, the Bayelsa State capital at the end of their meeting on Friday, the chairman of the group,  Preye John aka, Gbikigbiki said Jonathan had performed creditably well in spite of the security challenges posed by the Boko Haram insurgency and as such deserved a second tenure.

“The northern leaders should bury their face in shame for the country’s woes having ruled for more than 35 years,” he said and urged those spoiling for war to put Nigeria above their personal interest.

“The South has over the years supported the North and this is the time for the North to support the South,” he said, adding that ex-militants would soon stage a peaceful rally in Abuja to drum up support for the president’s re-election in 2015.

On the newly registered APC, he said, “the party is no threat to Jonathan or the PDP.”