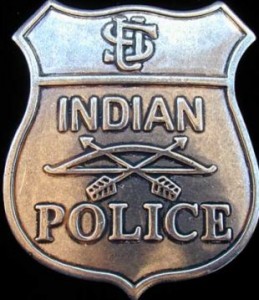 Eleven persons, including seven Nigerians, have been arrested in India’s capital of New Delhi for involvement in net-banking fraud and fake lottery scams, according to Deccan Herald online.

User IDs and passwords of bank accounts were hacked to facilitate fraudulent e-transfers, and around $86,000 were siphoned into 12 bank accounts in different cities.

“The accused operated as a team in which the Nigerians hacked bank accounts. Information was passed on to local accomplices, who would siphon the money fraudulently to different bank accounts,” said Sandeep Goel, Joint Commissioner of Police (Economic Offences Wing).

The bank accounts of the accused were opened on fake identities of people who agreed to lend their accounts on commission. During investigation, it was revealed that the account details of the victims were hacked using proxy servers operating in the US. “Addresses of the bank accounts were also found fake, but one of the accused, Lalit Malhotra, was held following other clues. His sustained interrogation led to the arrest of the other accused,” Goel added.

Separately, the Nigerians also indulged in fake lottery scams, sending bogus e-mails on behalf of Reserve Bank of India (RBI), BMW and Maruti. A case was filed with Economic Offences Wing police station on May 15 on the complaint of Anandi Paswan, manager of RBI. It was alleged that RBI’s name was being used in fake and fictitious offers of remittances of funds from abroad.

“The RBI had been receiving several letters, e-mails and phone calls from various persons regarding awarding lottery of huge amount in foreign currency from abroad,” Goel said.
The fake e-mails claimed that the prize money had been deposited with RBI in accounts favouring the recipients. Further, fictitious certificates of deposit, purported to have been issued by RBI, were sent to the recipients, by the fraudsters.

An investigation of another similar case filed with Bharat Nagar police station in October, 2012 had also been taken up by EOW police station. In the case, the complainant had received an e-mail stating that RBI had scheduled to reimburse the payment of unclaimed assets for which he was one of the beneficiaries.

“The complainant then deposited about Rs 14 lakh into various accounts for the release of the remittances, before he realised that he had been duped,” Goel added.