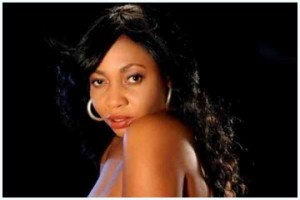 In this era where most women are looking for a wealthy man to settle down with and end their financial problems, rather that men that would make them happy and spend quality time with; we have one actress who doesn’t fall in that category.

Some of you might argue that the actress is just saying this because of her age, but one of the single Nollywood actress in her 30s, Benita Nzeriba has confessed that she is no longer interested in a rich man, saying she can marry any man that comes her way, even a poor man.

When the veteran actress was asked why she is yet to get married, Benita replied:

“If I have to say the truth, marriage is not all about money or the little things of life. We should marry for real love. That is why I see myself as being able to marry whoever I am in love with, no matter his status in life.

“That is to say, even if the guy is a wheelbarrow pusher, I would marry him so long as my heart is with him.”

It is common knowledge that ladies in their early 20s still have time and hence make all the yanga in the world for any man that comes along and the few who are quite well to do think any man who comes their way as coming after their money…… But, once ladies begin to the 31 mark, it becomes a different story………..