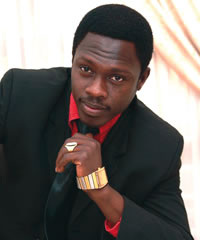 Ali Nuhu is one of the most popular actors in the Hausa movie industry. A producer and brand ambassador, he talks about his job, his 10-year-old marriage and other sundry issues…

How challenging is the job of producing Hausa movies?

Most times, challenges come up when you don’t do your homework the way it should be done. I don’t produce more than one or two movies a year and I do a lot of pre-production planning before going on set. That removes all the challenges.

It seems just a handful of producers are from the North

Yes. There are just a couple of us. The reason could be cultural barriers; people seem to be just contented with what they do and they don’t want to branch out into wider areas.

How did you break into the English movie sector?

At 39 you have already been married for 10 years, why did you have to marry so early?

I was fortunate to meet a wonderful lady when I was 29. I did not want to let the opportunity slip by; it would not have been easy to find another like her at any other time.

Which means as a Moslem, you are not contemplating polygamy?

I am not contemplating polygamy. I know that my religion permits it but then, you don’t just jump into it because you see others doing it, it has set conditions and none of the conditions affect me, so there is no reason for me to practise it.

Is your wife comfortable with some of the roles you play?

A couple of times she told me she was not very comfortable with some actresses that I was paired with and I had to turn down the job. The peace and comfort of my home is more important than any movie role.

In the soap ‘Wetin Dey’ you played Ibrahim, an AIDS carrier who deliberately infected his cousin with the virus, how were you able to relate with the character?

I had to go through counselling before I could take on that role but after the programme, I stopped being afraid of AIDS victims. I now sympathise with them and I understand their situation.

You spent almost two years on that project, was the price worth it?

It was worth it.

How much were you paid?

In movies we don’t discuss our fees.

You were quoted as saying Omotola is your most favourite colleague, if circumstances were different, would you have married her?

I was pretty young when I first saw Omotola in ‘Thorns of Roses’ and liked her performance. After that, when I saw her in ‘Mortal Inheritance,’ I fell in love with her as a person because she gave a perfect interpretation to the character. Of course, if we were both single, I would have proposed to her.

What determines the way you dress?

What was your childhood like?
I grew up in Kano—in no man’s land. It is a society that consists of people from the South and North. We have a lot of Yoruba, Igbos, the Igalas, Idomas etc. I am sure this is responsible for my perception and the fact that I feel very free in whatever part of Nigeria I find myself. When I go to Asaba, I eat pounded yam and when I come to Lagos, I eat amala and ewedu.

By next year you would be 40, what are going to do before then?

There is the saying that you may make plans but at the end of the day, it is God who determines the outcome and the course that your life is supposed to follow. I am leaving everything in His hands for the moment.