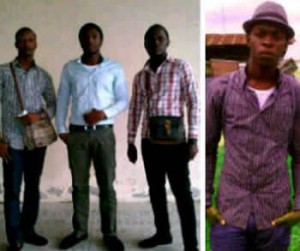 Trial of suspects in the beating and burning to death of four University of Port Harcourt, UNIPORT students in Aluu, Rivers State continues as plaintiffs have withdrawn and presented fresh charges against suspects on trial over the incident.

A High Court presided over by Justice L.L Nyordee in Port Harcourt sitting over the matter granted the leave to substitute the charges following Prosecution’s request after adding one more suspect to the 11 earlier on trial.

Thursday’s hearing also advanced the trial to the reading of the reviewed charges to the current 12 suspects who all pleaded not guilty to murder and negligence/refusal to prevent felony.

Counsel to the 9th Defendant and former Chairman of Nigeria Bar Association, O.C.J. Okocha (SAN) had argued that the Prosecution, under any law, has no liberty to withdraw and substitute original charges.

The Prosecution led by Solicitor General of Rivers, Rufus Godwin, had appealed for the substitution on the strength of the addition of one more suspect to the case.

Deciding on the argument, Justice Nyordee eventually granted the leave of substitution of charges.

The case was adjourned to 15th August when consideration for bail for the suspects would be the first issue to be determined in the continuing case.