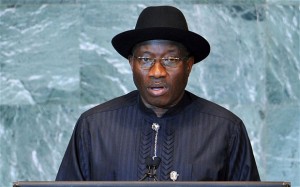 Minister of the Federal Capital Territory Administration, FCTA, Senator Bala Mohammed yesterday urged the leadership of the Christian Association of Nigeria (CAN) not to relent in praying for President Goodluck Jonathan and the country.

Mohammed said this yesterday in Abuja when he received the Executive members of the Christian Association of Nigeria, Bauchi State Chapter who were in his office to pay him a thank-you visit, reiterating that President Goodluck Jonathan has done so much for Nigeria to promote the unity in diversity of the country and therefore need to be supported and encouraged especially with prayers.

The Minister emphasized that his appointment into the Federal Executive Council by President Jonathan without knowing him has deepened his belief in Nigeria.

He also urged them to continue praying and supporting the Administration of Governor Isa Yuguda to enable him take Bauchi State to the next level.

Senator Mohammed remarked that there wasn’t any need for the thank-you visit because all he has been doing was to carry out his responsibility as their son and representative.

Speaking earlier, the Chairman of the Christian Association, Bauchi State Chapter, Rev. Lawi P. Pokti said that they were in the FCT to appreciate the Minister, Senator Bala Mohammed for what he has been doing for the Christian Community in Bauchi State since 2007.

According to the Chairman, President Goodluck Jonathan did not make any wrong choice in appointing Senator Bala Mohammed as FCT Minister and representative of Bauchi State at the Federal Executive Council.

Rev. Pokti specifically thanked the Minister for always identifying with the Christian Community in Bauchi State especially during the Bomb Blast that rocked the Living Faith Church, Bauchi sometime ago as well as their annual sponsorship to Jerusalem, Israel for Christian Pilgrimage.

He said, “If it were possible, we would have come with the entire Christians in Bauchi State to thank you for all you have been doing for us”. [Vanguard]