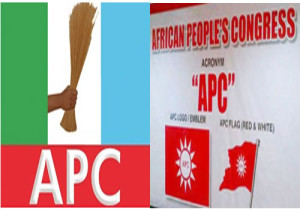 The Independent National Electoral Commission INEC’s registration of the All Progressive Congress (APC) has been described as a “black-market registration” by rival political organization claiming the APC acronym, the African Peoples Congress.

Chairman of the rival APC, Mr. Onyinye Ikeagwuonu, who addressed a news conference in Abuja yesterday, stated that as long as their case was pending in court, the ‘APC’ acronym cannot be used by any other group.

It would be recalled that the African People’s Congress went to court after INEC refused to register it as a political party because it did not meet the conditions for registration.

However, Mr. Ikeagwuonu said, “For (INEC chairman Attahiru) Jega and his co-travellers, the black market registration of the All Progressives Congress is a done deal but when the court rules in favour of the African People’s Congress, as we are very hopeful, Jega and his INEC would have led Nigerians into an avoidable political landmine and a monstrous political disaster that would reverberate in Nigeria’s political history for years to come.

“One wonders on what ground the Jega-led INEC decided to register a group whose acronym is same as ours. What will happen to INEC and the merger parties when the court gives judgment in our favour and reinstates our right over the APC acronym?” the APC chairman asked.

To prove that it means business, Ikeagwuonu said the party had already begun the process of nominating a candidate for the November 16 Anambra State governorship election.

He said after this, “we will proceed to the Federal High Court Enugu to seek for a restraining order stopping INEC from accepting the name of any candidate with the APC acronym pending the judgement over who owns the APC acronym.”