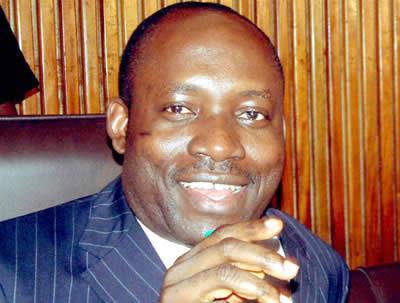 Former Governor of Central Bank of Nigeria (CBN) – Chukwuma Soludo’s – governorship aspiration suffered a major setback yesterday as the All Progressive Grand Alliance (APGA), the party under which he intends to realize his ambition of succeeding Gov. Peter Obi of Anambra State, disqualified him from the race.

Soludo, who recently defected from the Peoples Democratic Party (PDP) to APGA to seek the governorship ticket, however, said he would abide by the party’s decision.

Five other aspirants were also disqualified by the APGA Screening Committee.

According to APGA, they all fell short of its expectation.

But the screening panel made up of Ifeanyi Mbaeri, Chief Onwuka Ukwa and headed by Alhaji Tayo Sowunmi, cleared seven aspirants for the primaries.

According to sources, the basis for disqualification of the candidates ranged from non-presentation of voters card to lack of evidence of financial strength to execute the campaign and inability to submit tax clearance.

Soludo, in his reaction through his media aide, Bonaventure Melah, noted that even though he was yet to understand the reason why he was disqualified, he would abide by the decision of the party.

He said: “Our attention has been drawn to the news that the APGA three-man screening panel for gubernatorial aspirants has not cleared Professor Chukwuma Soludo and five other aspirants.

“I called to inform him of the development and he had a good laugh. Without knowing the reason for the decision, he stated that he accepts whatever decision the party takes.”

It would be recalled that Soludo told reporters at his Isuofia home town some few weeks ago that he came out to continue from where Gov. Obi would be stopping, following pressure from the people of the state.

Meanwhile, APGA’s appeal panel will sit today and tomorrow at the party’s headquarters in Abuja.