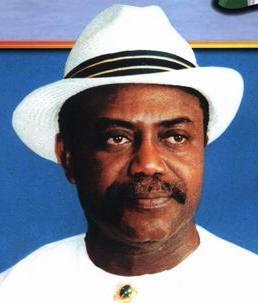 The President of the Court of Appeal, Zainab Bulkachuwa, has been asked by a civil society organization, Human and Environmental Development Agenda (HEDA) to release the appeal filed by the Economic and Financial Crime Commission (EFCC) against the perpetual injunction from prosecution granted former Rivers State governor, Peter Odili.

The group lamented that the appeal has been in legal limbo for the past five years.

It would be recalled that Justice Buba of the Federal High Court in 2008 granted a perpetual injunction restraining security agencies, including the EFCC from investigating Mr. Odili for corruption.

The EFCC had immediately appealed the ruling in the Court of Appeal but five years after, the case is yet to come up for hearing.

According to Chairman of HEDA, Olanrewaju Suraju, “It is necessary that the judiciary demonstrate a determination to combat corruption by the quick dispensation of corruption cases at the courts. Where cases are allowed to linger in courts, it allows for continued violations by the accused persons”.

Mr. Suraju, therefore, called on the Appeal Court President to list the case for hearing as soon as possible in the interest of justice and the improvement of Nigeria’s corruption rating.