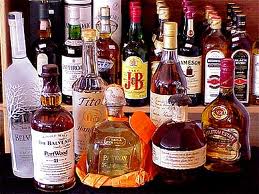 They were determined to have consumed methyl alcohol, also called methanol or “wood alcohol.”

The substance is used in labs and research centers but is highly toxic for humans, potentially resulting in death or permanent health problems including blindness.

The Health Ministry said the victims bought the deadly booze from a black-market merchant who procured it from two pharmaceutical employees.

Eight of the 41 people still hospitalized were in serious condition.

The ministry urged anyone who may have consumed the alcohol and was experiencing symptoms such as nausea, headaches, vomiting or vision problems to seek urgent medical attention.

Although it is not common, Cuban authorities occasionally report incidents of mass poisonings from food or moonshine liquor obtained from illicit sources.