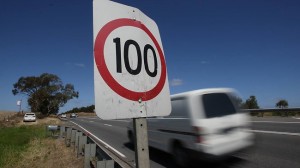 Researchers say birds appear to have adapted to the local speed limits as a feature of their environment, such as the risk of predators.

“I realised that the birds were not reacting to the actual speed of my car, but to the average speed of cars on these roads, to the posted speed limits,” Legagneux, a behavioural ecologist, said.

The birds “associate road sections with speed limits as a way to assess collision risk”, he added in the study published in the Royal Society journal Biology Letters.

Legagneux said he was tracking ducks in western France for other research when he came across a bird on a road that forced him to stop to avoid it, and caused him to wonder how birds think about cars and avoid collisions.

Legagneux began studying bird responses during the long drive home from his laboratory in a small white Peugeot 205, a route that took him through croplands, forests and small villages between November 2006 and November 2007.

With colleague Simon Ducatez, he monitored and analysed the responses of 21 species of birds on roads with posted speed limits of 20, 50, 90 and 110km/h.

The process involved noting when a bird took off to avoid his approaching car and how long it took the bird to reach its final position on the ground.