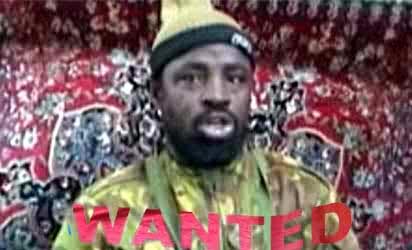 Leader of Nigeria’s Boko Haram Islamists has claimed a series of recent deadly attacks on security forces in the northeast, in a video obtained by AFP Monday.

Abubakar Shekau also insisted that he was in “good health” despite an ongoing military offensive aimed at crushing the Islamist insurgent group he heads.

“You have not killed Shekau,” he said in the video distributed through a local intermediary in a similar manner to previous Boko Haram messages.

Seated on a short stool with a kalashnikov rested on his right shoulder, Shekau said Boko Haram was “responsible” for several deadly raids over the past month.

These include attacks on the police and military in the towns of Malam Fatori and Bama, which sparked clashes that killed at least 35 people, according to the military.

The video contained what Shekau claimed was footage of Boko Haram gunmen opening fire on the military in Bama, using heavy weapons mounted on flat-bed trucks.

Shekau also referred to fighting in the towns Baga and Gamboru Ngala near the border with Cameroon, .

The Boko Haram leader has been declared a global terrorist by the United States, which in March put a $7 million (5.3 million euros) bounty on his head.

“They are no match for me,” he proclaimed.

Boko Haram is believed to be made up of different factions, with Shekau leading the most radical Islamist cell.

He has ruled out any dialogue with the government and says he is fighting to create an Islamic state in Nigeria’s north.

The northeast is currently under a state of emergency as the military pursues an offensive seeking to end Boko Haram’s four-year insurgency.

The insurgency is estimated to have claimed more than 3,600 lives since 2009, including killings by the security forces.