At least 13 persons were reportedly killed when members of the infamous terrorist group, Boko Haram, attacked Damboa Village, about 85 km north of Maiduguri, the Borno State capital. The attack happened on the night of August 15, 2013, Thursday. 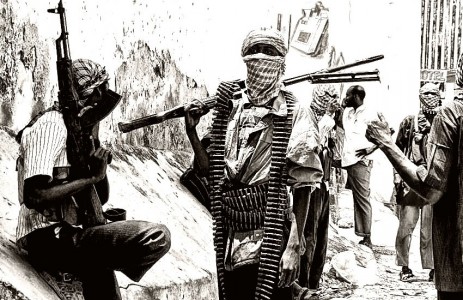 According to Ayamu Gwasha, who represents Konduga in the Borno State House of Assembly, the alleged Boko Haram gunmen invaded the agrarian village famous for producing most of the grocery requirements of the state at about 7.30 p.m.; and attacked several places including the security formations.

“Our people have been killed last night by these people. We had anticipated this attack, because we are border neighbour to Konduga where 44 persons were killed early this week, that was why we immediately alerted the security agencies for security beef up, which was being considered before they attacked,” said Mr. Gwasha.

“The incident happened at about 7.30 p.m. About 50 Boko Haram terrorists drove into Damboa in nine Volkswagen Golf cars and four motorcycles. They attacked Damboa police station, but the officers there effectively repelled them; they also attempted attacking the military post in the town but the soldiers also repelled them. While that was going on, another group were busy attacking the village and burning some of the houses.

“After the attack, which lasted till 12 a.m., eleven civilians died, two members of the Boko Haram were killed by the police,” said the security source.

“About 20 houses including that of the local government chairman and several shops were burnt down. The terrorists had also looted most of the shops and filled a truck with food items, but they were not lucky to escape with the loot as the laden vehicle got stuck in the muddy road.”

A local farmer, Mustapha Aji, who was lucky enough to escaped through the bushes to Maiduguri town, told the reporters that villagers had to flee their homes and spend the night in the bushes while the attack was going on. He said he believed that foreign mercenaries were among the terrorists who attacked.

“The shooting was too much; it started immediately after the Isha (late night) prayers. The shooters came in several cars and began to shoot and burning houses and shops. Some of them are aliens, because they were speaking Arab fluently. They were carrying big, big guns, some were throwing bombs. Everywhere was on fire I had to run for my life,” said 46-year-old Mr. Aji.

Damboa had suffered several similar attacks in the past one year which led to killing of several persons and destruction of properties.

Mr. Sagir Musa, the spokesman of JTF in Borno, could not be reached on the latest attack, as his telephone numbers are not available due to network problems in Borno.