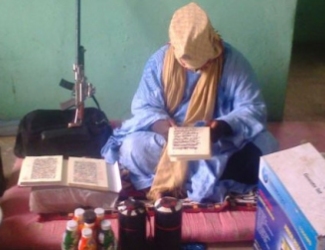 Senate President David Mark said in Abuja on Wednesday that the murder of 44 worshippers at a mosque in Konduga, Borno State, was inhuman and barbaric.

This is contained in a statement issued by his Chief Press Secretary, Mr Paul Mumeh.

It said “nothing can be so cruel and callous than this crime against humanity.”

The statement said security operatives should review their strategies for more effective results.

It condemned the renewed hostilities by insurgents at a time when people were heaving a sigh of relief that the state of emergency declared in the three states was yielding good results.

“The continued violence, killing of innocent and unarmed people and destruction of property by the insurgents cannot be justified or contribute toward achieving whatever their objectives may be.

“There is need for the perpetrators and their financiers to reverse and embrace peace’’, the statement said.

“Nobody should hide under any guise to commit crime against humanity.”

It said that the security operatives should not to be deterred by the senseless attacks; rather, they should remain firmly resolved to protect lives and property, especially, in the crises-prone areas.

It also enjoined religious and traditional rulers in the crisis ridden communities to continue to support and cooperate with security operatives in order to eradicate the menace of these insurgents. (NAN)