Home News Feed C. Ronaldo Hits Back: I Do My Talking On The Pitch
Facebook
Twitter
WhatsApp 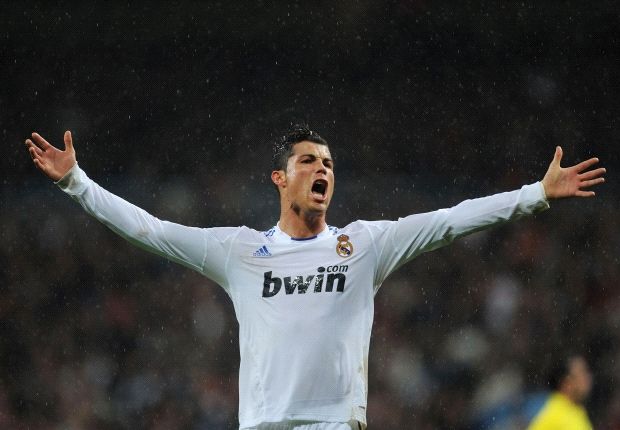 The Portuguese striker, who scored two goals in Real Madrid’s 3-1 victory over Chelsea, says he has refused to let former boss Jose Mourinho’s comments affect his game
Real Madrid forward Cristiano Ronaldo has stressed that events taking place off the pitch do not affect him as he prefers to let his football do the talking for him.

Chelsea manager Jose Mourinho’s jibe earlier this week that the Portugal star is not ‘the real Ronaldo’ led to controversy ahead of Wednesday’s International Champions Cup final between both sides, but the 28-year-old has remained unperturbed by his former boss’ taunts.

Ronaldo already stated on Monday that Mourinho’s comments did not deserve a reply and remained calm again on Wednesday after helping Madrid to a 3-1 win over Chelsea with two goals.

“I do my talking on the pitch. Things that happen off of it do not affect me,” the Portugal international told reporters.

“I just aim to help Real Madrid to achieve its objectives and what happens away from there does not hurt me.”

Ronaldo then went on to discuss Madrid’s Champions League ambitions this season and stressed that they still have plenty to do before they can think about an historic 10th European crown.

He added: “There is a long way to go, we will try to do our best. We have a good team and the new players are very good and hopefully the Decima will come this year.”