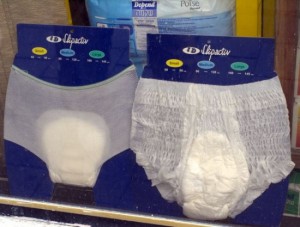 A Korean and American capital company in Honduras is being accused by union leaders and former employees of forcing its workers to wear diapers in order to increase their productivity. Company representatives have denied the allegations but an investigation is already under way. Last Saturday, Daniel Duron, Secretary General of the General Confederation of Workers, denounced the violation of labor rights by Kyungshin-Lear Honduras Electrical Distribution Systems, accusing the company of forcing its employees to wear adult diapers to avoid going to the bathroom for their physiological needs. He added that the employer doesn’t actually supply the diapers for its workforce, but that the employees, especially the women, buy them themselves to avoid leaving their work posts and risk losing their jobs. Duron based his accusations on testimonies made by Kyungshin-Lear employees and urged authorities to investigate. Honduran Labor Minister, Jorge Bográn, told reporters that 30 inspectors are currently working on the case to verify the “accuracy of the claim”. Edgardo Dumas, the legal representative of Kyungshin-Lear dismissed the accusations as false and reckless, and claimed the company has never violated labor law. The president of the Manufacturers’ Association of Honduras also told the press the allegations were false and blamed the interference of unions from the United States “who want to regain the jobs lost in their country”. However, Maria Galeano, a worker who was fired in April after seven years of working at Kyungshin-Lear, confirmed Daniel Duron’s claims. ”It’s embarrassing to say one has to wear diapers because they don’t give you permission to go to the bathroom, but there are a lot of employees who can confirm this claim,” she told reporters. Kyungshin-Lear Electrical Distribution Systems started operating in Honduras 10 years ago, and has around 3,500 employees.