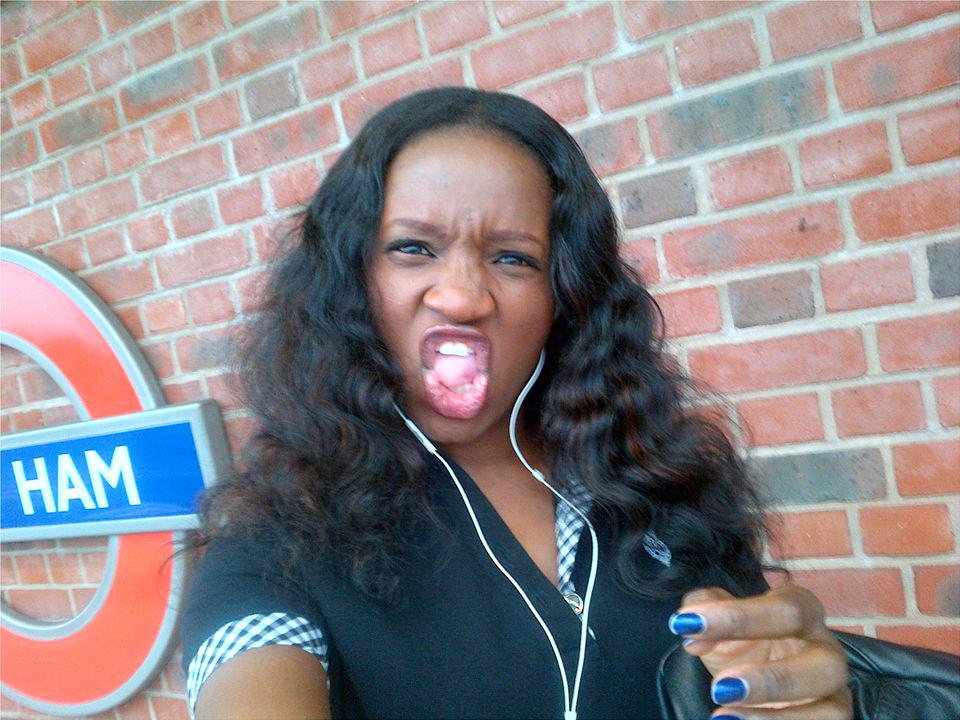 It’s been just over a week since Ese Walter’s confession of her sexual involvement with Pastor of Commonwealth of Zion Assembly hit the internet.

The news sent confusion all over the country as people were praising and criticisms.

Ese Walter has decided to move on to see what the future holds for her.

Here’s what she shared on her blog;

“The past week has ‘killed’ me. It has stripped me of whatever ‘self-importance’ I nursed in the corners of my mind. It has broken me and opened me up to my real self. It has brought me to a deeper level of self-awareness, one I am most grateful for.
When I sat with my MacBook to type my last blog, I never imagined it would generate the kind of attention it did and continues to. I have one last thing to say on this issue before I lay it to rest and move on. (I also hope others can move on too, we have too much going on in this Country to continue to peddle one for longer than necessary.)
A very big thank you to everyone that has felt it necessary to talk about this issue and spread it throughout Nigeria and the foreign scene. I read every email sent to me with awe that people would take the time out to reach a total stranger like me. Some were cursing, calling me a witch from the pit of hell sent to destroy the church as though one individual/church is bigger than the body of Christ. As though God is mere man and would cringe in heaven saying, “Ese don did it this time.” Or as if the good Book didn’t state clearly that ALL things work out for good for those that love God.

Do you love God? If yes, trust that it will ALL turn around for good.

Some people say, ‘I support you, you are brave and courageous’ and I wonder if those terms really define me. I do not think I am brave or courageous. I do know, however that after decades of sleepwalking through life, I am now becoming aware not just of myself but also of my environment, my world, and the universe.

Some say, put out the evidence and we will believe you. Hmmm, the morning I sat to write that post, I really didn’t expect anyone to believe me. Well, apart from those involved. And my motive was simple, let one more woman be spared. Let one more minister of the gospel be mindful and let the church rise up to its responsibilities as God’s legal representatives here in the earth realm.

A copy of the ‘evidence’ is with a respected minister of the gospel should the christian body decide to deal with this issue now and that becomes needful. I am not looking to have a ‘me against them’ case where I need to prove I’m right and someone is wrong. I am far from right, but I have used the only means available to me to free myself of the bondage I put myself in.

Lastly, to all the media people seeking interviews and whatever else mailing me, I have nothing more to say on this issue. I cannot reply every email as reading them is beginning to seem like a new job.
I remember asking a friend once while reading the book of Acts, “Why do we no longer operate in the power the disciples did in Jesus day?” What has changed? How do we ‘unchange’ it?

God is not mocked, if we serve Him, let’s serve Him. We cannot continue to grow as a Nation by oppressing, delaying justice, hating, having the ME ME ME mentality. As Martin Luther King Jr said, ‘no one is free until we are all free.’

Things have got to change and it begins with us. It begins with each and every one of us borrowing courage to stand for what we believe in. Fela Durotoye once said, ‘that thing that annoys you most in society is a sign that you carry its solution.’ (I’m
paraphrasing)

Nothing has called out to me more than people, especially women, suffering in some way and hiding the pain. Whatever we cover doesn’t go away. It grows and it finds different outlets to rear its ugly head until we deal with it.

I am not perfect, I will never be, but I am enough to try what I feel might work. I don’t know what the entire bible says but I am learning and applying the little I find out
daily. And I think everyone owes it to himself or herself to figure it out for
themselves.

At the end of the day, we agree that ‘men of God’ are firstly men, right? This means it’s needless expecting them to help you in your growth with God. I fell into that trap of thinking a ‘man of God’ is equated to God and it is not new to find people fall in that hole.

How do you begin to learn to serve a God you have never seen? It takes another level of faith to do that but we live in a generation/Country where people don’t want to study for themselves. They don’t want to read the Scriptures. Well, they don’t want to read, period. They want to pursue things instead and have somebody do the praying and studying for them. If you fall in that category, you need to repent.

I learnt that when the veil was torn, we all were given equal access to the Father. No matter how long you may have been in church, if you don’t know what that means you better ask somebody. And seek a real relationship with the God you claim to serve.

That is what I am spending most of my time doing these days. Praying, studying, seeking, knocking. The peace I have felt despite all the hate mails and tantrums shows that God is not angry with me and I did what I needed to do to the best of my understanding.

My apologies to everyone this has affected in one way or another.
Firstly, my family: I don’t know how you guys aren’t sick of me yet
Secondly, ‘the body of Christ,’ my intention was never to cause trouble but to stop a rot I felt might spread and become worse if nobody spoke up about it.

Lastly, to those who said I shouldn’t blog again, I respect and understand your concerns but the truth is, writing is not just my gift, it is also my ‘curse’. I cannot ‘NOT’ write but I PROMISE, this is the last I will say on this issue except the christian body needs to see me.

God is building His church, and the gates of hell shall not prevail against it. No sin is too big to wreck anyone’s faith. If it does, then it means it’s working out a greater good for you. You will definitely come out stronger and better in the end. Like my best friend says “in the end, it will be all right and if it ain’t alright, it’s notthe end.”

Cheers to the weekend people