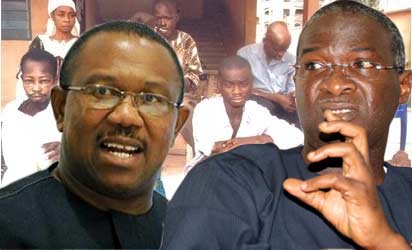 Human Rights Activist and Lagos lawyer, Mr. Femi Falana (SAN), yesterday decried the deportation of destitute from where they reside to their states of origin saying it runs contrary to the provisions of the Constitution and therefore illegal.

Falana, who was lending his voice to the debate on the deportation of destitute from Lagos to Anambra state, made this known while addressing journalists in Ado-Ekiti, the Ekiti State capital.

The rights activist berated the Lagos State government for the action but lamented that almost all the states of the federation, including the Federal Capital Territory, are guilty of the offence.

He said, “It will be wrong to restrict the condemnation of illegal deportation to Lagos State because many other states are into this barbaric act. The deportation of beggars by the Lagos State government to Anambra State is illegal, it is against the constitution”.