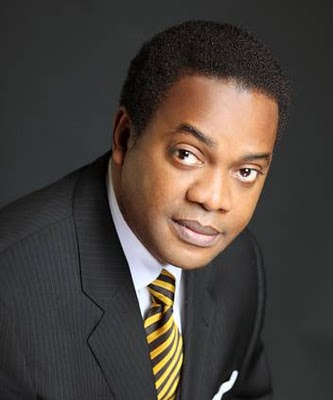 A former governor of Cross River, Donald Duke, on Friday threw his weight behind the Independent National Electoral Commission (INEC) on the de-registration of political parties.

He told the News Agency of Nigeria in Lagos that it did not make sense for parties which had no followers to remain registered.

Mr. Duke was reacting to the ruling of a Federal High Court, Abuja Division, on July 30, which held that INEC had no constitutional powers to de-register political parties.

“There are situations where people use such parties to contest for election because they lost primaries in their party,” he said.

According to him, 80 per cent of the political parties listed on the ballot papers during elections are not active.

He argued that it was normal for INEC to de-register such parties as they only constitute a nuisance to the polity.

However, a Senator representing Ekiti-Central Senatorial District, Babafemi Ojudu, urged INEC to abide by the decision of the court and reverse its earlier action.

“Nobody is more powerful than the law; if the court rules that INEC has no power to de-register political parties, it should go back and undo what it has done,” he said.

Also commenting, a former Lagos State Commissioner for Local Government and Chieftaincy Affairs, Rotimi Agunsoye, urged Nigerians not to entirely blame the commission for its action.

“Some parties were de-registered because they did not meet the necessary requirements needed for a party to be registered.

“However, the country needs as many political parties as possible, so that people can come out and make their choices during elections,” he said.

Ayodele Adewale, Chairman, Amuwo Odofin Local Government, also said that if a law was created to register political parties, until that law was proscribed, INEC had no power to de-register parties.

“If indeed a law was created to register political parties, until that law is proscribed, INEC can’t de-register parties.

“We must understand that we are governed by the rule of law,” he added.