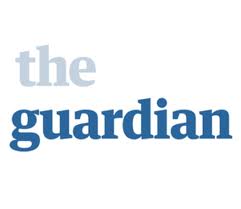 The editors of four top Nordic dailies on Sunday wrote to British Prime Minister David Cameron to protest his government’s treatment of The Guardian newspaper over its publication of US security secrets.

The editors said they were “deeply concerned that a stout defender of democracy and free debate like Britain refers (to) anti-terror legislation in order to legalise what amounts to harassment.

“The implication of these acts may have ramifications far beyond the borders of Britain, undermining the position of the free press throughout the world,” wrote the editors of Sweden’s Dagens Nyheter, Denmark’s Politiken, Norway’s Aftenposten and Finland’s Helsingin Sanomat.

The letter was also published in The Guardian’s sister Sunday title, the Observer.

“An assault on one newspaper easily becomes an assault on several newspapers and by extension everyone’s freedom of speech,” Dagens Nyheter editor Peter Wolodarski told the Stockholm daily.

British counter-terror police on Thursday launched a criminal investigation into documents seized from David Miranda, the Brazilian partner of Guardian journalist Glenn Greenwald, who worked with former American intelligence contractor Edward Snowden to break a series of stories on massive electronic surveillance by the US National Security Agency (NSA).

Miranda was detained for nine hours at London’s Heathrow Airport last Sunday by police and agents using anti-terror laws, and said he had his laptop, phone and other electronic equipment confiscated.

He had worked with Greenwald, his American partner, on the Snowden material and was stopped as he changed planes on his way home from Berlin to Rio de Janeiro, outraging campaigners for press freedom.

Guardian editor Alan Rusbridger also revealed last week that the British government had forced the paper to destroy its Snowden files or face a court battle.

The government confirmed that Cabinet Secretary Jeremy Heywood – Britain’s top civil servant and Mr Cameron’s most senior policy advisor – was sent to tell the newspaper they had to either destroy or return the material, or face legal action. [AFP]