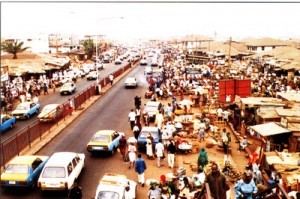 The Government of Ekiti State has lamented the high rate of tax evasion among residents of the state, citing it as a major contributor to the underdevelopment of the state.

Making this disclosure in Ado-Ekiti, Tuesday, while fielding questions from journalists, the state Commissioner for Works, Mr. Sola Adebayo, expressed regret that people of the state were not used to paying tax, which could have been used for developmental projects in the state.

According to him, the present government would have loved to embark on massive road construction across the state, but for its low revenue, this could not be possible.

He said government has been receiving complaints from various communities and even some sections of Ado-Ekiti, that the roads should be given attention, saying the road projects being embarked on by government was made possible by the government’s prudent spending of the lean resources from the federal purse.

Adebayo disclosed that the 14.5 kilometre Ado-Ifaki road being handled by Hajaig Construction Company, would be completed soon, adding that the state had already submitted the certificate for it to be reimbursed with a sum of N2 billion by the federal government.

He said government after review, was to spend about N11 billion on the dualisation of the road, which was initially awarded at a cost of N7.4 billion by the immediate past administration of Mr. Olusegun Oni.

“The Ado-Ifaki road and other roads being undertaken by government would have been completed earlier than now, but majority of our people are tax evaders. We are all stakeholders in the state and we have to play our own roles as well,” Adebayo declared.

Commenting on the issue of buses seized from members of drivers’ unions in the state, the commissioner alleged that Mutual Benefit Assurance Plc, which had 70 per cent of the franchise for the purchase of the vehicles in partnership with the state, had to take the step when the drivers while defaulting to the tune of N150 million.

Adebayo however promised that government would soon assume full ownership of the vehicles by defraying N80 million due to Mutual Benefit Assurance for the government to take definite position on the matter.