The Presidency on Saturday said 70 per cent of members of the newly registered All Progressives Congress were those the Peoples Democratic Party had rejected. 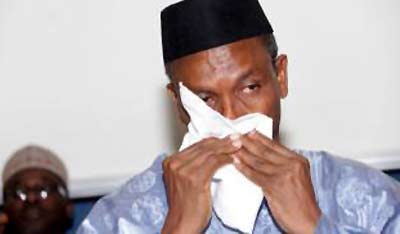 The, APC, it added was destined to fail because the emergence  was based on personal hatred  for President Goodluck Jonathan even when the President was yet to make up his mind for the 2015 race.

Senior Special Assistant to the President on Public Affairs, Dr. Doyin  Okupe, stated this in an interview on Liberty FM, Kaduna,  which was monitored by newsmen on Saturday.

“They just go around gallivanting and parading themselves. Who are they? Seventy per cent of their members are former PDP people. So, what new thing are they coming up with?” he said.

He also said the crisis rocking Rivers State was the over dramatisation of the preparation towards the 2015 presidency, claiming that Governor Rotimi Amaechi “is a willing tool, very rich, wealthy, so he is very useful to the opposition.”

Besides, he alleged that Amaechi’s inability to use the police to harass, intimidate and punish people unjustly also aggravated the situation leading to his hostile relationship with the state Commissioner of Police, Mr. Joseph Mbu.

“Because Mbu has refused to be a tool in the hands of Amaechi and has refused to bend to the unjustified high handedness of Amaechi, now because he is supported by the opposition, he now presents Mbu as a villain. It is not true. Mbu is a professional man, he is a man of dignity who has remained steadfast,” Okupe said.