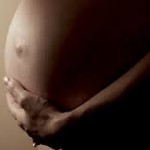 When should the baby shower be held?

A large proportion of baby showers take place before the baby is born. A shower makes for a welcome celebration towards the end of pregnancy. Additionally, it just doesn’t seem real if the expectant mum isn’t sporting a big belly or a new born baby. Sometimes, for religious, cultural or other reasons, parents-to-be prefer not to receive gifts until after the baby is born (in certain traditions, it’s considered bad luck or pre-emptive to acquire baby items beforehand).  In that case, you could begin some preliminary planning, but wait until after the baby is born to set a shower date.
If you have been tasked with organising the shower, always consult with the parents-to-be first. They may be able to warn you about scheduling conflicts. You may have to accommodate the schedules of best friends, grandparents and work colleagues. Nothing is worse than planning a party and sending out invitations, only to find out that the most important people can’t make it.

Who should throw the baby shower?

Anyone can throw it with the exception of the expectant couple. Emily Post etiquette says, “Today it is appropriate for anyone to host a baby shower as long as there’s a legitimate reason. For example, some parents-to-be live far from their hometowns, and their mothers and siblings want to host a shower so that long-time friends can attend.”  Previously it was that someone who’s not a relative must throw the shower to avoid having it looking as though the family is soliciting for gifts.

A baby shower after the baby is born?

This is becoming a popular option with Christians (I know of some Redeemed (RCCG) pastors that prefer this).  Some churches discourage showers before the baby is delivered.  The advantage of having it when the baby arrives is guests can bring gifts specific to the baby’s sex. Also, it enables the baby to be the focus and conversation topic.

Must you have a theme, and are games necessary?

No you do not! The hosts should take their cues from the style and tastes of the expectant parent. There’s no rule stating that games must be played, or that the colour scheme must be pastel. The shower should be designed for the delight of the parents.  Again, the expectant parents should maintain a sense of graciousness and good humour if she finds herself at the centre of a party that’s not precisely “their” style).

Who should be invited to the baby shower?

If you’re hosting the shower, you may have some ideas about the guest list. It’s best to consult with the guest or guests of honour before finalising your list, though, to avoid leaving out someone important or inviting someone the mum (or dad) would rather not include.

Many baby showers still follow the “for women only” tradition, although baby showers for both women and men are growing in popularity. It all depends on what sort of gathering you’re planning.
If the shower is for a second or subsequent baby (these babies deserve a celebration, too!), the guest list is usually made up of close friends and family and anyone else from the expectant parents’ wider circle of friends.
Another shower-planning consideration: Think long and hard before choosing to throw a surprise party. I for one do not like surprises, so you may be putting them in an awkward position. Besides, if you let the future parents in on the arrangements, you can be privy to better planning advice and for a more pleasing outcome.