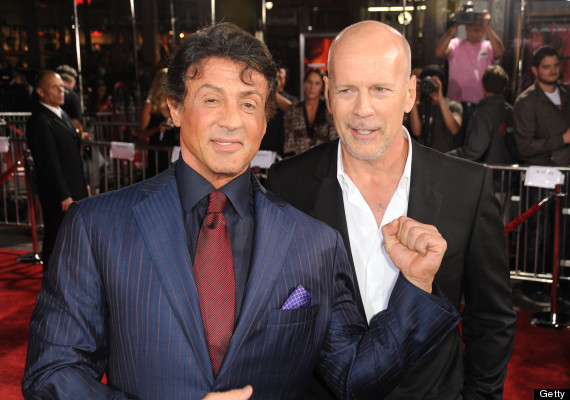 Probably the two biggest action heroes in Hollywood are at war with each other. Sylvester Stallone has shown his discontempt with Bruce Willis, while making plans for the continuation of the Expendables franchise. Stallone has blasted fellow actor Bruce Willis. According to Stallone, Bruce Willis was demanding way too much to appear in the 3 part of the movie – Expendables 3. According to a source, Bruce Willis turned down the $3m offered and demanded $4m instead. From Stallone’s point of view Willis’ demand was too much considering the fact that he would only have to be on set for four days. Sylvester Stallone and the producers of the movie immediately kicked Bruce Willis out of the movie and replaced him with Harrison Ford who is best known for his role as Indiana Jones. Sylvester Stallone announced the change of personnel on his Twitter account. ‘Greedy and lazy …… a sure formula for career failure’ he later tweeted, obviously referring to Bruce Willis.

Anybody Supporting This Govt Deserves To Go To Hellfire – Davido