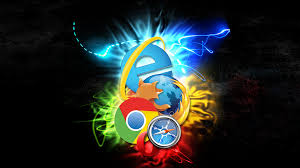 The glory of the internet , unlike what many believe, is not in the socialising, nor in the cash flow many big online companies make from it, but from the fusion of both.

To many in the growing economies of the world, what turns their world around is simply getting to use the net to kick boredom and self pity into oblivion; to others in the developed world the internet is an artificial arab world where real money don’t look real until properly passed through the fire of hosting and mounting up real things that could attract the big money spenders of the world.

It is an old story to start narrating what websites all over the world make from websites made with little or no time, but in order to understand what spins the wheel, one needs to go back and see the balance that is said to be taking place in this new world called the INTERNET.

Believe it or not, the web has become a new planet, and many wake up daily building new houses in this paranormal new world. While some take time and energy to erect wonderful buildings in this world, others rent houses and stay latent till they grow old and later notice the fission happen live.

Enough of speaking in the alien language, even though it’s important for the understanding of this new dimension sucking up this mundane element we so much cherish. As a matter of fact we can categotrically say many young folks alive today have started PORTING to this new world, forgetting the world in hand is always better than the one in the air.

Talking about metaphors, houses like Vanguard and Punch decided going online was a good move to help expand the reach of their daily news, only to realise few years after, that they could make half as much as they make in real life, on air. Presently they would not lie to us that what they make online isn’t significant in the revenue of the company. These are real houses that started raking in the big flakes by deciding to ease the stress of the youths by taking information to them by air.

So many other websites came up after seeing this and they, just like the former, spent so much in keeping these sites up for a very long time. Good case studies arewww.nigerianeye.com, www.naij.com, www.informationng.com,www.talkofnaija.com e.t.c

If you were expecting me to continue that list up there you should be regarded as an internet clown.

So many people connect their systems to the net and enjoy the internet facilities, crucifying so many errors they see on a daily basis not minding what these guys are facing in keeping the websites up for as long as they can until one day you just see a website down and the next thing you notice is that you switch to a new website and the cycle continues.

Leaving the newspaper owned websites, an average Nigeian website goes through the following before standing straight:

The truth is it takes more than what I just stated but believe me, this is the basic. All these processes take time, money and energy.

No matter how much money is spent on a website, there is always a similarity to the Nigerian police, and that is something must arrest you, and you are most likely not going to be free, until you have seen every aspect of the station, except you are highly connected to another website.