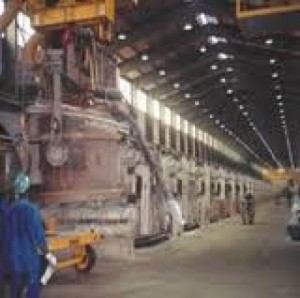 For 30 years now, some potentially dangerous substances have been within the vast Ajaokuta Steel Company Ltd. (ASCL) premises, which could be used to make radiological dispersal devices (RDD) often called “dirty nuke” or “dirty bomb”. They could also contaminate the environment, according to officials.

A 10-man committee headed by Permanent Secretary in the Ministry of Mines and Steel Development, Linus Awute, has therefore been tasked with establishing the country of origin of the radioactive substances and liaising with such countries to facilitate their repatriation. It is also to determine the methodology for handling the safe evacuation of the substances, estimate the probable cost implication for the repatriation and submit a report to the government.

Inaugurating the committee, Minister of Mines and Steel Development, Mohammed Sada, explained that the difficulty in establishing the country of origin was because the company that imported the radioactive substances (including mostly Cesium a.k.a. CS135) between 1983 and 1988, was TPE of the then USSR, builders of the plant, which is now defunct.

According to him, attempts to repatriate the materials to Russia failed because the country denied ownership since it is not the same as the USSR.

Director, Steel & Non-ferrous Metals department, Ministry of Mines and Steel, Abdullahi Alaso, also said the radioactive materials were used for various specialised facilities in the plant and for ascertaining the quality and soundness of some special welding work.

“Most of the radioactive sources have been used during the erection works,” he explained. “However, the contract slowed down and was eventually (terminated) in 1995.”

Alaso said in 1996, efforts were made through Dumez Nigeria Ltd. to construct a radioactive bunker where they could be safely kept but the effort was inconclusive.

In 2004, he stated, ASCL informed the Nigerian Nuclear Regulatory Agency (now Authority – NNRA) of the existence of the radioactive materials, and that their importation and deployment were not subject to authorisation because there was no such legal requirement in the country then and that they posed “safety and and security risks as some of them could be used to make Radiological Dispersive Devices (RDD) and contaminate the environment.”

According to him, in 2008, the NNRA in collaboration with the International Atomic Energy Agency (IAEA), the United States Department of Energy (USDOE) and the National Nuclear Security Committee (NNSC) took an inventory of the remaining legacy sources, and categorised and confirmed a total of 234 radioactive substances.

“The NNSC has since 2004 been carrying out scheduled oversight visits to verify the safety and security of these sources thus calling for a permanent solution in respect of their safe disposal,” Alaso, who is also a member of the committee stated.

The minister who gave no time-frame for the completion of the assignment because of its complexity, asked the committee to take its time and ensure a thorough work.

In his response, chairman of the committee, Linus Awute, said it was a patriotic assignment that they hoped to complete as soon as possible and called for the cooperation of all.