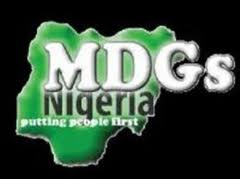 The Federal Government has instituted a mechanism that will check contractors and monitor the Millennium Development Goals, MDGs, to ensure poor implementation or abandonment of projects nationwide becomes a thing of the past.

Making this disclosure at the weekend, while commissioning two primary health care centres, PHCs, and a water scheme, Senior Special Assistant to the President on Millennium Development Goals, SSAP-MDG, Dr. Precious Gbeneol said, “The era of poor implementation and abandonment of projects are over as the Dr. Goodluck Jonathan’s administration has successfully put in place a mechanism that will effectively place both contractors and officials monitoring MDG projects in proper check.”

Gbeneol also launched what she termed “enhancing citizens’ engagement protocol for accelerating the attainment of the MDGs in Nigeria”, also known as “Amebo”.

Explaining what Amebo was all about, Gbeneol said it would deepen community engagement by scaling up citizens’ action for participatory governance and development as a means of increasing the drive to achieve the MDGs in Nigeria.

While explaining that the protocol was designed to develop and strengthen tools and mechanisms to ensure that voices of the communities became part of the decision making process, Gbeneol said it would further seek to ensure that communities influenced the outcomes of development projects, as well as enhance local government authorities’ responsiveness to community demand.

She added that the project, being piloted in 21 local council areas through the Conditional Grant Scheme, CGS, of the Office of the Senior Special Assistant to the President on MDGs, would further complement government efforts in institutionalising transparency, accountability and entrench good governance in project implementation.

“We are in collaboration with our international development partners, particularly the United Nations Development Programme (UNDP), with assistance from the Democratic Governance Thematic Trust Fund (DGTTF), in implementing this project,” Dr. Gbeneol said.

Welcoming the Federal Government team earlier in his office, the Deputy Governor, Prince Eze Madumere, described the new policy as “a worthy move to place citizens, who are the beneficiaries of the projects on the driver’s seat of projects implementation”.

He added that MDG projects in the state had gone a long way in positively impacting the lives of Imo people.

He added that they are optimistic that the initiative will ensure accountability and further strengthen the fabrics of good governance. [Vanguard]