The Federal Government on Friday, August 23, restated its position that members of the outlawed Boko Haram sect have accepted to dialogue with the government. The Minister of Special Duties and Chairman of the Presidential Committee on Dialogue and Resolution of Security Challenges in the North, Tanimu Turaki, stated this while briefing journalists at the Presidential Villa, Abuja, on Friday, the Premium Times reports. 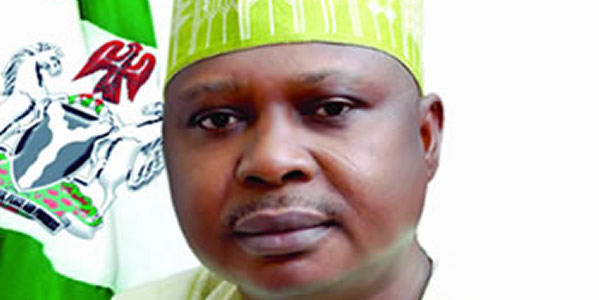 Mr. Turaki quoted the group as saying that “it becomes incumbent upon every Muslim to accept that dialogue option”.

The minister, who was flanked by members of the committee, played a video clip of a meeting of the supposed leadership of the sect. The video, in Arabic, was played to reporters and translated by Mr. Turaki’s committee.

Premium Times reports it is not in possession of the video and is unable to confirm its content.

From Mr. Turaki’s translation follows, however, that the Boko Haram ‘leaders’ in the video are already in prison:

“More surprised the committee met us in prison custody and explained to us reason for their visit and also asked four fundamental questions,” one of the leaders was translated by Mr. Turaki as saying in the video. “Thirdly, which assistance those of us in detention would give in realisation of that,” the speaker.

It is, however, not clear what is the role of the detained members of the sect in perpetration of the criminal acts outside.

Mr. Turaki disclosed the Boko Haram ‘leaders’ accepted to dialogue after “strenuous efforts of the committee,” and in line with the teaching of Prophet Mohammed:

“What you have just watched is a video clip of some of the members of the Jamatul Alhus Sunnah Jehad, we have sat down in Shura and Shura is the highest decision making council,” said the minister after playing the video. “They sat down in Shura and the have analyzed from purely Islamic perspective taking into account the clear and unambiguous position of the Holy Koran and taken into account the teachings and fundamentally, the practices of the Holy Prophet Mohammed on the issue of dialogue and peaceful reconciliation. Strengthening their position again with the work of other great Islamic scholars globally who have had cause to also make research and come up with a lot of literature supporting the course of dialogue,” he said.

He also said the Boko Haram members believed that they were living by the teachings of the prophet as enshrined in the provisions of the Quran.

“Now, the Qur’an specifically says that sulh (dialogue, negotiation or settlement), has a lot values, and in fact Muslims are encouraged to enter into dialogue. The Prophet Muhammad (Peace be upon him), who practicalised the provisions of the Qur’an and the teachings of Islam, has also entered into agreement or treaty of Hudaibiyyah, where even the terms that were proposed and agreed upon at that time were clearly against the interest of Muslims, but the prophet (peace be upon him) accepted and at the end of the day it paved way for everlasting peace even till today within the Arabian Peninsula.”

The Minister added that the group also claimed that as far as dialogue is concerned, “Muslims who operate strictly in accordance with the teachings of Prophet Mohammed have no option but to accept.”

Mr. Turaki said his committee was also “discussing with other very respected and key leaders who are in the field and discussions are getting to advanced stage.”

“As soon as we get to the point where we have gotten with these people, we shall inform you and the world that the dialogue option as envisaged by the President is not only working but that it has glaringly establish the wisdom of Mr. President towards resolving the security challenges ones and for all.”

Besides, when asked to confirm Mr. Shekau’s death, Mr. Turaki said his committee could not.

It will be reminded, that on Monday, August 19, the Boko Haram’s leader that Abubakar Shekau has possibly died of gunshots received in an encounter with JTF in one of their camps at Sambisa Forest on 30 June 2013.

Borno, Yobe and Adamawa are the three states under emergency rule for more than three months, since 14 May 2013. Boko Haram’s insurgency has killed at least 3,600 people dead since 2009, including killings by the security forces. One of the latest attacks by Boko Haram that resulted in 35 death happened on Monday, 19 August.