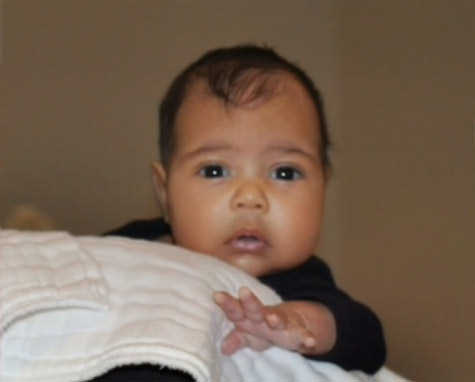 Rap artiste Kanye West and Kim K have decided that is time they reveal their daughter North West to the world.

North West made her big television debut on Friday.

A proud father in Kanye West showed off his daughter with Kim Kardashian during his appearance on the finale of Kris Jenner’s talk show.

A picture of the adorable two-month-old, who is the first child for the couple, was shown on screen.

Kanye talked about fatherhood, his relationship with the press, living with the Kardashians, and love for his new family.

“She’s my joy and she brought my new joy into the world,” he said of Kim. “There’s no paparazzi and there’s no blog comment and there’s nothing that is gonna take that joy from me.” Kanye says..