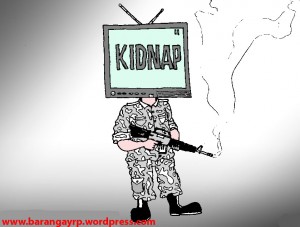 A spokesman for Thailand’s foreign ministry in Bangkok on Saturday said the country’s four nationals who were recently kidnapped in Nigeria have been freed unharmed.

Four Thais and two Nigerians were kidnapped by gunmen on a waterway in Buguma, while they were on their way to work at a state-owned fish farm in Rivers State, Nigerian officials said last week.

“All of them are released,” ministry spokesman Manasvi Srisodapol said of the Thai nationals.

“The Thai Foreign Minister has talked with one of them. They are fine and will continue to work in Nigeria,” he added, without confirming whether a ransom was paid or the exact time of their release.

No word has been said however, about the Nigerians abducted with them.

One of the Thai hostages spoke to Thai television on Saturday and said he believed the kidnap was linked to rivalry between competing fish farms.

“They took us as hostages and used us as a bargaining chip,” Somchoke Panpinij told Thailand’s Channel 7.

“We will not return to Thailand yet…I came here to help them to develop their country,” Pampinij said.