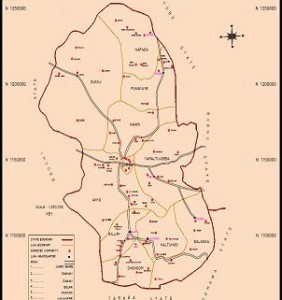 Secretary to Gombe State Government (SSG), Alhaji Abubakar Sule Bage who delivered the appointment letter at the Emir’s Palace said the appointment followed the deposition of the former Emir, Alhaji Adamu Haruna Yakubu two weeks ago after a committee set up by the government, which investigated many complaints brought against him found him guilty.

Bage said the committee investigated and found the former Emir to be disloyal and not supportive of Government.

He also explained that the new Emir was appointed based on the recommendations of the reconstituted Kingmakers Council of Pindiga Emirate, which received expression of interest from six persons within the three ruling houses of the Emirate, which include the House of Shuaibu, Hassan and Yakubu.

Bage therefore called on the new Emir to be responsible to all persons within his emirate and avoid revenge or discrimination of whatever sort because his enthronement was ordained by God.