Joint Health Workers’ Union of Nigeria (JOHESU) has called off the strike it embarked upon on Wednesday, Aug. 21 to push for improved welfare of the workers.

The minister of Labour and Productivity, Emeka Wogu announced this on Tuesday in Abuja, after a 12 hour closed-door meeting with the union leaders.

He said the strike was suspended based on an agreement reached between the Federal Government and the union.

“We have reached an understanding after a lengthy deliberation which started yesterday and we resumed at 8 O’clock in the morning today.

“We were able to reach an understanding which has been signed and based on that understanding the unions have agreed to suspend the strike which was embarked upon,“ he said.

The President of JOHESU, Dr Ayuba Wabba, said the union decided to suspend the strike based on the agreement it had with the federal government.

“As enumerated by the Minister of Labour and Productivity, the Joint Health Sector Union as you are aware embarked on an industrial action based on some grievances. 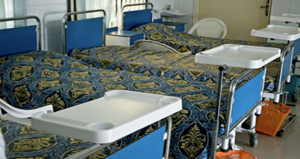 “Painstakingly we have looked at these issues and through the process of collective bargaining we have been able to come to conclusion.

“We on this side of the divide are convinced that all the issues in dispute have been addressed.

“Arising from this agreement the industrial action that we have embarked upon is hereby suspended.

“This is to give room to full implementation of the agreement that has been signed today,” he said.

He expressed optimism that the demand of the union would be met in the next two weeks or one month agreed upon by the two parties.

The News Agency of Nigeria (NAN) reports that at the end of the meeting, a five-page Memorandum of Understanding was signed by the federal government and representatives of the unions.

Issues deliberated upon included the constitution of board of management of Teaching Hospitals, retirement age and implementation of 2008 Job Evaluation Report.

Others are: promotion from CONHESS 14 to CONHESS 15 and constitution of a presidential committee to see to the implementation of the agreement.

The meeting, which commenced at 10:00 a.m. after the Minister of Labour and Productivity, Emeka Wogu, addressed newsmen did not end until 9:00 p.m. on Tuesday.

The negotiation, which commenced on Monday, Aug. 26, ended inconclusively, while Wogu promised that the parties would reconvene on Tuesday, Aug. 27, by 8:00a.m.

JOHESU had proceeded on an indefinite strike action from 12 midnight of Wednesday, Aug. 21, following inability of federal government to resolve some issues between it and health workers. [NAN]