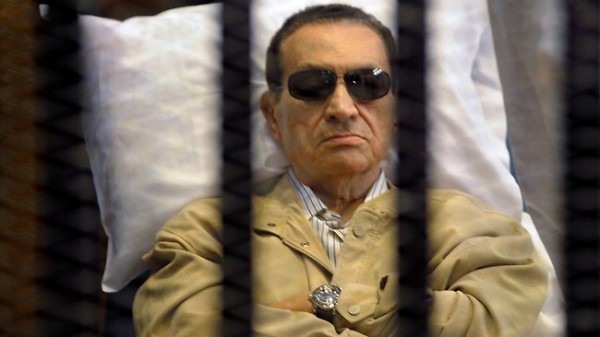 Former Egyptian President Hosni Mubarak has been released from prison, according to state television.

The longtime autocrat was taken from Cairo’s Tora prison to a military hospital in a medical helicopter, after he was cleared for conditional release while standing trial.

Footage on local television showed Mubarak transported from the helicopter to the hospital in Maadi, a suburb in southern Cairo, in a heavily-guarded ambulance.

Mubarak spent several weeks in the same hospital during his two-year detention, after lawyers cited poor conditions in prison. Authorities renovated a ward in Tora where Mubarak was later held.

Mubarak, 85, is believed to be suffering from a heart condition.

A small crowd of supporters gathered outside the prison and cheered as the helicopter took off.

Meanwhile, the April 6 youth movement has called protests on Friday against his release, but many Egyptians are indifferent, with country’s recent political crisis and last week’s massacre of supporters of deposed President Mohamed Morsi seen as something more crucial.