Fast Rising hip-hop star, Orezi returned from South Africa last week where he went on a nation wide tour and shot the video of his hit song, Rihanna. 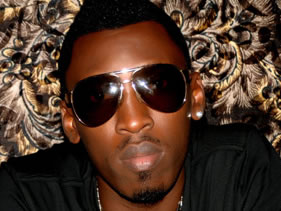 In a chat with Showtime, Orezi narrated his experience especially how he was able to get a Rihanna look alike from Mauritius after a rigorous effort to get the American singing star, did not work out due to her loaded schedule.

According to him, “We had a wonderful time in South Africa, it was truly a rewarding experience and a most educative for me as a very young artiste. At the end, we came out with something that the world will talk about for a long time, the video for the all time popular hit song, Rihanna,” Orezi told Showtime, in Lagos a day after his arrival from South Africa, last week.

When all efforts to get the American super diva, Rihanna to feature in the multi million Naira video did not work out, Orezi and his management team as well as his label, Sprisal Records, went online and decided to shop for a Rihanna look alike. The search finally paid off when a ‘Rihanna’ sent in her entry from Mauritius.

This young, beautiful ‘Rihanna’ named Kim was chosen above over 200 pictures.

Orezi’s management has decided to stay mum on the cost of bringing this stunning beauty down to the shoot on location in South Africa. However, an inside source squealed that Orezi’s label paid an initial deposit of 10, 000 dollars to ‘Rihanna’s master card account while her traveling arrangement to Johannesburg, South Africa revealed a Business class from Mauritius, – Israel – Hong Kong – South Africa (little wonder a source close to Orezi’s management said the video is worth N7.3m).

Meanwhile,  Orezi smiled mischievously when asked if he had a crush on America’s Rihanna. “I like her, I like any pretty woman that has made a mark for herself. I like her and I believe she will like Orezi too when she meets him.” He also cleared the air concerning the record label he is signed on, saying “I am signed on to Sprisal Records and the deal is good.”

He also explained why he chose South Africa to shoot his Rihanna video. “I have shot two videos in Nigeria before now but what I want to achieve with the Rihanna video is different.”