Solomon Adegbie-Quaynor, the country manager of the World Bank’s International Finance Corp, said it plans a 25 per cent boost in Nigeria investments to $2 billion by next year, Bloomberg reported on Tuesday. 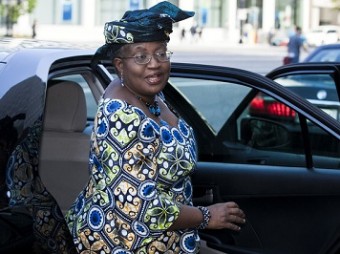 Funds to be raised directly by the IFC or mobilised from other sources will be targeted at industries that offer competitive advantage to the West African nation, Adegbie-Quaynor said in an August 2 interview from Lagos, Nigeria’s commercial capital.

Finance Minister Ngozi Okonjo-Iweala said in May, that Africa’s most populous nation of more than 160 million people needs $10 billion of infrastructure investment a year to keep up with rising population and expanding economy.

“We are partnering with the Nigerian Sovereign Investment Authority and also looking at institutions to work with for activities in banks, power, gas, transport and agriculture,” she said. Power will be an important industry for IFC investment “as it is identified as the  largest constraint to private-sector growth” in Nigeria, she added. The Nigerian Sovereign Investment authority manages the country’s sovereign-wealth fund.

Nigeria needs $10 billion of infrastructure investment a year, to keep up with rising population and expanding economy, Finance Minister Ngozi Okonjo-Iweala said in May. The country’s sovereign-wealth fund, set up in October to invest savings made from the difference between budgeted oil prices and actual market prices, also has a brief to fund the country’s infrastructure needs.

The economy is forecast by the government to expand 6.5 percent this year. Nigeria needs annual economic growth of 13 percent to bring down unemployment, now at more than 25 percent, by 2020, according to the finance ministry. Its currency, the naira, has declined 2.2 percent this year against the dollar while the stock exchange index has advanced 37 percent.

The country is selling majority stakes in power plants and letting private investors acquire as much as 60 percent of six transmission and 11 power-distribution companies created from the former state-owned utility.

The IFC signed an agreement with the sovereign-wealth-fund authority last month to cooperate in developing financial plans to fund investments in target areas such as power generation and distribution and gas-to-power projects, through equity participation and selling debt, according to Adegbie-Quaynor.

The IFC is also targeting investments in agriculture, Nigeria’s largest employer, according to Adegbie-Quaynor. The lender is working with the government to identify ways to link producers to markets and boost output, he said.