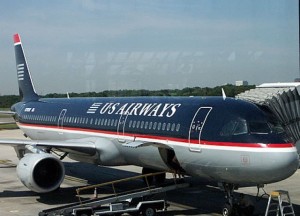 Police in Philadelphia searched a US Airways flight from Ireland and screened its passengers, crew and baggage following an unspecified threat, police and the airline say.

US Airways Flight 777 touched down on scheduled around 2pm after a seven-hour flight from Shannon, only to be “isolated” at a section of Philadelphia airport, a city police spokeswoman said.

“We were aware of a possible security issue with the flight and out of an abundance of caution taxied the aircraft to a remote location,” US Airways added in a statement.

The Boeing 757 was carrying 171 passengers and eight crew members, who travelled to the terminal building in buses for screening.

The nature of the threat was not disclosed, but Philadelphia’s NBC affiliate WCAU, quoting police, said it had been received from an “unknown male” and turned out to be “unsubstantiated.”

The incident came amid fears of a potential al-Qaeda attack which earlier prompted a shutdown of US diplomatic missions in Africa and the Middle East.