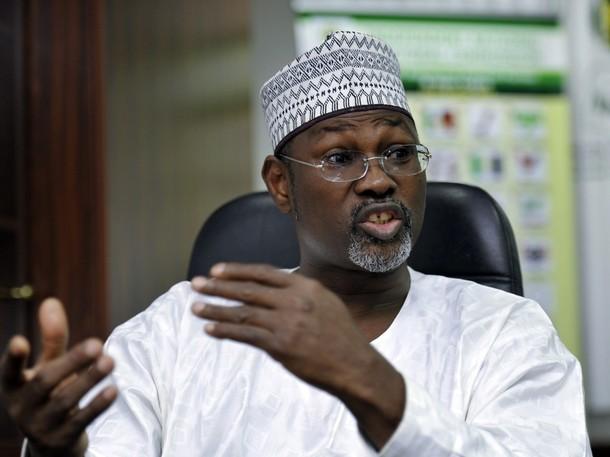 The Chairman of Independent National Electoral Commission (INEC) Prof. Attahiru Jega, said in Abuja on Monday that the commission had detected 93,526 multiple registration cases in Anambra ahead of the Nov.16 governorship election.

Jega made the fact known during an interactive session with civil society organisations and the media on voters’ registration optimization.

He said the figure, which had been removed from the voters’ register, represented five per cent of the registered voters in Anambra.

He said the offenders would be prosecuted as INEC was collaborating with the Nigeria Bar Association (NBA) to bring the perpetrators to book.

“This exercise is starting with Anambra and will be done nationwide before the 2015 general elections,” he said.

The INEC chairman identified underage registration as a major problem affecting smooth registration in the country.

He expressed concern that in many communities where multiple registrations occurred, INEC officials were helpless after threats by some members of the communities.

He said, henceforth, all voters’ cards would be issued and collected at the local governments with age identification by the electorate to minimise electoral fraud.

“As we count down to the 2015 elections the commission is increasingly fine-tuning work process to ensure delivery of  elections that are much more free, fair and credible than that of  2011” Jega said.

He appealed for the support of all stakeholders and Nigerians to ensure the success of 2015 general elections.

Jega also told the session that the newly registered All Progressives Congress was free to field candidates in the forthcoming election in Anambra.

The one-day programme was co-sponsored by UNDP-DGD. (NAN)