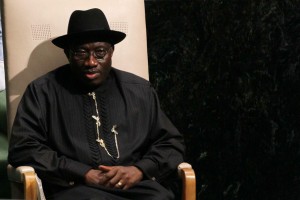 President Goodluck Jonathan has tasked members of the Armed Forces to discover new approaches and greater sophistication to tackle the security challenges facing the country.

Making the call in Abuja on Saturday, at the graduation ceremony of participants of Course 21 of the National Defence College (NDC), Abuja, the president who was represented by the Senate President, David Mark, said it was evident that national and regional security in the 21st century was determined by forces that were operating within and beyond national borders.

He added that adversaries in the past were easier to identify and confronted in open hostilities. But dealing with these unseen enemies require new thinking, new approaches and greater sophistication in equipment and capabilities.

The president who said that the armed forces must be agile, proactive and remain vigilant at all times, further assured the military that government would continue to implement measures to reposition the forces to ensure that they were properly equipped to carry out their constitutional mandate and other responsibilities on behalf of the nation.

Jonathan congratulated the graduating officers of Course 21 for their hardwork and commitment during their time at the college.