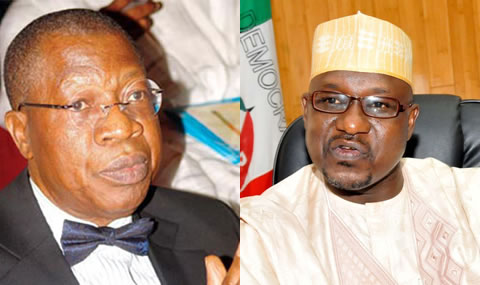 The All Progressives Congress (APC) has reacted to the Presidency’s criticism of its manifesto which was unveiled last week Wednesday in Abuja, saying the ‘visionless’ administration of President Goodluck Jonathan had only brought about a harvest of ‘sorrow and blood’ for Nigerians.

Special Adviser to the President on Political Matters, Dr. Ahmed Gulak had while analyzing the manifesto of the opposition party, said the “so-called manifesto can’t take Nigerians to the next level of development” adding “Nigerians are not fools, they can’t entrust their lives in the hands of people like that.”

But interim National Publicity Secretary of APC, Lai Mohammed, hit back saying Nigerians already know who is fooling them.

He stated, “The joke is actually on the Presidency as Nigerians have only harvested sorrow and blood from President Goodluck Jonathan’s visionless administration.”

Still hitting back at the PDP, Mohammed said, “The ASUU strike is entering its sixth week with no solution in sight. The entire landscape is dotted with deaths and dangers. Millions of youths are roaming the streets daily aimlessly. Sixty-nine per cent of our people are living below the poverty line. Poverty in the rural areas is 73 per cent.

“Under Jonathan’s watch, 40 per cent of Nigerian children are stunted, nine per cent wasted or thin and 23 per cent underweight. Clearly, Nigerians know who is fooling them.”