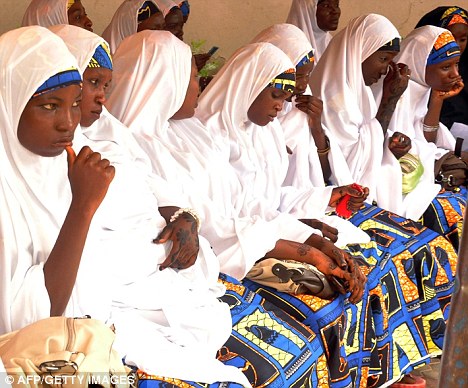 The Kano State Hisbah Board has set plans to motion to marry off another set of 1,111 women in the fourth batch of its mass marriage program aimed at reducing the number of unmarried women in the state.

Speaking yesterday at a press briefing in Kano, Commandant General of the board, Sheikh Aminu Ibrahim Daurawa, said the mass wedding of the women, including divorces, widows and spinsters will take place soon.

“The government introduced this plan in order to reduce marital problems in our society. When we first suggested the mass wedding plan, many people thought it would not be possible, but Alhamdulillah, we have succeeded in marrying off about 1350 women in three batches”, he said.

This is just as he disclosed that Christians, who are interested in the exercise and resident in the state, will now be allowed to participate in the mass wedding.

“We decided to include Christians in the state since we are living together in the same environment. And just as we do not want to see our children engage in prostitution, we also do not want theirs to engage in it. We gave them 50 slots from the total number we are going to marry off. And we will allow them to go and do the wedding in their churches. We will only share the marriage bouquet (walima) together,” he said.

To make the process for registration easier and less cumbersome, the board has created a portal where potential brides can register online just as it acquired some medical equipment to help determine the health status of the grooms and brides.

“You know last time we had a bad experience where a woman deceived us by bringing the sample of her sister’s urine as hers, it was after the marriage we discovered that she was six months pregnant. So, in order to prevent such cases, we have provided a scanner which has the capacity to capture even a day old pregnancy,” he said.