Human rights lawyer, Festus Keyamo, has frowned at comments attributed to the family of Ogbe Onogbite that he had abandoned the case relating to the murder of their son allegedly by the police. 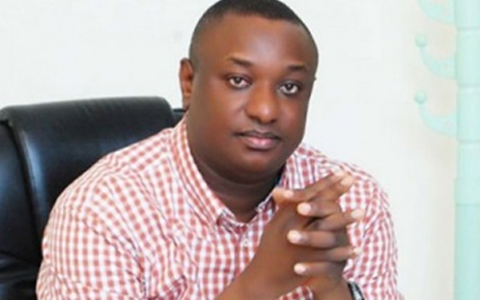 Mr. Onogbite, 38, a former Delta State governorship candidate of the Citizens Popular Party, was purportedly shot dead by police officers at Beeland hotel, Delta State, in November 2011. Police claimed the deceased was trying to escape arrest. Mr. Keyamo took up the case on behalf of the family free of charge “out of deep love for the cause of Urhobo people and sympathy for the Onogbite family,” a statement by his Chambers on Sunday stated.

The statement, signed by Monday Omonade, said that appeals by Diemo Onokpite, a family member of the deceased, to pay for his services was turned down by Mr. Keyamo. On November 28, Mr. Keyamo forwarded a petition to Mohammed Abubakar, the Inspector-General of Police, to investigate the alleged murder of Mr. Onogbite.

Fourteen days later, Mr. Mohammed responded, directing Mamman Tsafe, Delta State Police Commissioner, to investigate the incident. But Mr. Keyamo rejected the directive because, according to him, Mr. Tsafe had already shown bias against the deceased’s family in the incident. Mr. Keyamo said that “in the heat of exchange of correspondence” with the Inspector-General of Police, he was surprised to learn that the family had gone to another lawyer to file an action for the enforcement of fundamental right.

“All lawyers know that the remedies for the enforcement of fundamental right are apology and compensation,” said Mr. Keyamo. “The family took this step without the courtesy of informing us or seeking our opinion. Naturally, we felt slighted and humiliated by this action of the family. Our job and assistance to the family became a thankless one,” he added.

In a motion on notice filed by J.E Odoohisi, the Onogbite family urged the court to declare that the killing of Mr. Onogbite by the police “through multiple bullet wounds” was a breach of his fundamental right to life. Mr. Keyamo said that he had “never set eyes” on Diemo Onokpite and had only been communicating with him via telephone.

“They were only communicating with Mr. Keyamo on telephone and he (Mr. Keyamo) was using his life and blood to pursue their matter free of charge. “Now this is the ‘thank you’ he gets for all his efforts. It was therefore unacceptable to us and inconceivable that we should be working at cross-purposes with the family who had decided to take another cause of action through another lawyer while we were still pursuing another remedy for the family.” The family’s claims that Mr. Keyamo abandoned the case betrayed an underlying politics nudging the Urhobos to assess properly who they’d vote for in the next Delta State gubernatorial election, according to Mr. Keyamo who is running for election.

“This is our last statement on this matter that is nothing but an attempt to distract Mr. Keyamo from his bold step to rescue Delta State from the hands of a small cabal. “We believe that our kindness and magnanimity cannot be used as a source of attack against us. It is very clear now that certain persons are afraid of the wide acceptability of Mr. Keyamo in Delta State, that they have started pushing the panic button.”