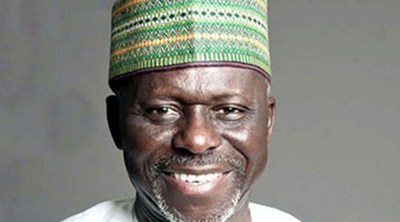 Contrary to speculation in some quarters that former governor of Kogi State, Alhaji Ibrahim Idris is still dictating the pace of activities in the state, his successor, Captain Idris Wada, has declared that he is fully in charge of state apparatus and won’t play to the gallery by fighting his predecessor, who he described as his ‘long time friend’.

“I am in charge of the state affairs, but people are making up stories because I am not fighting with my predecessor”, he said.

Governor Wada, who made this known yesterday in Lokoja, the Kogi State capital while fielding questions from journalists on the 22nd anniversary of the creation of the state, said governance is about making life meaningful for the people not engaging in needless confrontations.

“People believe that if a new governor assumes power, he must fall out with his predecessor, and that is wrong. Former Governor Idris has been my long time friend and I will not fight him for any reason. My desire to complete all the projects initiated by the former governor is aimed at avoiding unnecessary wastages and to ensure that tax payers’ money is judiciously utilized. Since governance is about service to the people, I have decided not to play to the gallery by striving to make life meaningful for the people, majority of who are living in abject poverty”, he said.

He said his administration’s core priority is on education, agriculture, healthcare delivery and social infrastructure, adding that no effort would be spared in ensuring that the state is put on a sound economic pedestal.