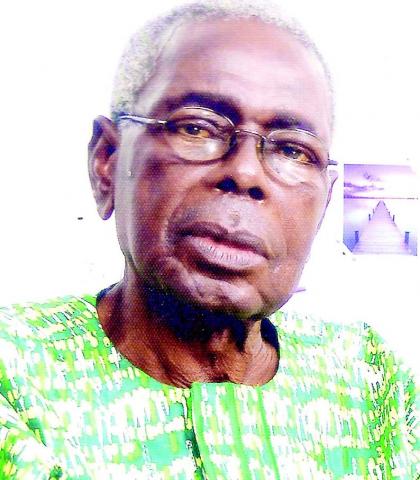 The Federal Government has been accused of not showing ‘enough interest’ in the planned burial ceremony of Pa Benedict Odiase (MON), the late composer of the National Anthem, ‘Arise O’ Compatriots’.

The family of the deceased composer, in a statement on Sunday noted that with only a few days to the burial, there is no serious sign of commitment on the part of the Federal Government to immortalise the deceased.

However, the Police, according to the family, have so far shown interest in the arrangement.

Pa Odiase, who composed the National Anthem adopted in 1978, until his death on June 11, 2013 at the Lagos University Teaching Hospital (LUTH), was a deputy Commissioner of Police and Director of Music at the Nigeria Police Band before he retired meritoriously in 1992.

His version of the anthem replaced the former one – ‘Nigeria, we hail thee’ – adopted at the nation’s Independence in 1960.

The family said the need to raise the alarm was to avoid accusation of turning “a national patriot’s burial to a family affair.”

The statement read, “It is in the light of this development that the family, through the Central Burial Planning Committee, is embarking on an urgent media sensitisation to draw the attention of Nigerians to the plans and efforts for the burial thus far, and particularly to the authorities, to avoid setting a negative historic precedent.

“It is the hope of the family that with your strategic media support for this crucial intervention, Pa Benedict Odiase will be accorded a befitting burial.

“On behalf of the family of the late Pa Benedict Odiase, we express our gratitude to everyone that has sent in condolence messages and paid visits to the family. We, especially thank the President, Dr. Goodluck Jonathan, for his prompt commiseration as expressed by his Special Assistant on Media and Publicity, Dr. Reuben Abati.”

Meanwhile, the family has disclosed that the funeral, including the internment and thanksgiving service, would hold at Sobe in Owan West Local Government of Edo State, between August 23 and 25.