The Nigeria Union of Teachers on Thursday threatened to embark on a nationwide strike in September to protest the House of Representatives’ support for local government autonomy. 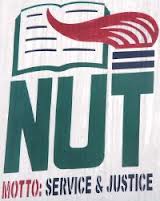 The local government autonomy is one of the most contentious issues in the ongoing constitution review by the National Assembly.

The National President, NUT, Mr. Michael Olukoya, told journalists in Abuja that teachers had resolved to stay away from the classroom from the beginning of the next academic session.

“The union cannot afford to close its eyes in the face of the approaching darkness that will soon envelope the country in the event of the abolishment of state-local government joint accounts,” he said.

He said that while the lawmakers supported local government autonomy and its attendant abolition of the joint account, no alternative platform was provided to guarantee regular payment of primary school teachers’ salaries.

“Consequently, the union has resolved to stay off the school system as from the beginning of the next academic session. This is a temporary measure to secure the education of the less-privileged constituting the masses of the population of this country,” Olukoya said.

The union leader said that if the joint account was scrapped, teachers would suffer from non-payment of their salaries.

Olukoya said that the development would result in non-remittance of the 7.5 per cent counterpart contributions from local government councils to the pension funds of the primary school teachers.

He said that the Federal Government had the option “to maintain the status quo and allow the state-local government joint account to remain for the sake of guaranteeing the salaries of the teachers.” Another option, he said, “Is to pay the teachers’ salaries from first line charge from the Federation Account through the Universal Basic Education Commission.”