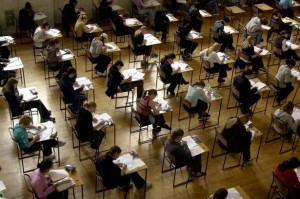 Students in Nigeria think getting into university here is tough.

But spare a thought for candidates in Liberia – after every single one of them failed this year’s university entrance exam.

Almost 25,000 students failed the admissions test for the University of Liberia – one of the African country’s two state-run universities – meaning it will have no first year students when the new term begins in September.

A university official told the BBC that students who took the test did not have a basic grasp of English and “lacked enthusiasm”, but the country’s education minister said she found it hard to believe that not a single candidate managed to pass.

Etmonia David-Tarpeh said she would be meeting with officials from the university to discuss the dismal failure rate.

She acknowledged that there were weaknesses in the education system in Liberia, which is still recovering from a civil war which ended 10 years ago, but said she had her doubts that no one could have passed.

A spokesman for the university said it would be standing by its decision, and that the government needed to do more to improve student’s knowledge of English.