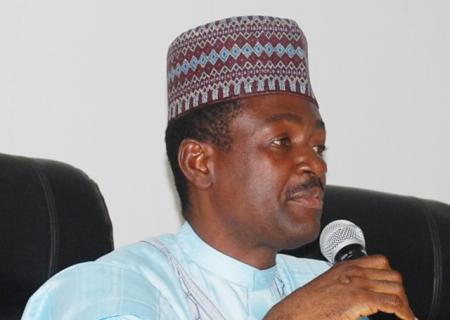 The Federal Government on Monday in Abuja dismissed a report credited to the Africa Development Bank (AfDB) in which it rated Nigeria’s poverty reduction drive “low”.

In a statement made available to the News Agency of Nigeria (NAN) the Minister of Information, Mr Labaran Maku described the report as false.

It said that the present administration had initiated programmes and policies that had significantly reduced poverty and inequality in the country.

The minister noted that the AfDB’s report on Nigeria’s poverty reduction efforts had been overtaken by achievements of the President Goodluck Jonathan’s administration.

Maku said: “The AfDB report based on 1996-2010 statistics is therefore behind time and does not reflect the real achievements/results of this administration in tackling poverty and unemployment in Nigeria in the last three years.

“We are confident that these measures which were not covered by the AfDB report, have contributed significantly to reducing poverty and inequality in the country.”

He added that the Nigerian economy was growing faster than those of its contemporaries on the African continent.

The minister stressed that with a GDP growth rate of 6.7 per cent, Nigeria remained the highest destination for Foreign Direct Investment inflows into Africa.

He added that the appropriate policies initiated by the President Jonathan administration in key sectors of the economy had been responsible for the achievements.

The minister noted that the AfDB report which was based on the 1996-2010 data could not have been a true reflection of the economy under the present administration.

“Our public schools are gradually recovering from decades of decline as WAEC performances have risen to 64.2 per cent from 39.57 per cent of students who pass with minimum of five credits.

“The trains are back on our railways from Lagos to Kano, while we fix the Port Harcourt-Maiduguri line in addition to other rail lines in the country.

“Our airport terminals now look like modern airports with space and beauty.

“Reforms in the power sector and the new power projects being completed will stabilise power from next year.”

Maku stated that the AfDB report presented poverty, inequality, and unemployment in Nigeria without the appropriate and illuminating global context.

He said that poverty and unemployment were increasing global issues that were not peculiar to Nigeria.

Maku stressed that the responsibility of fighting poverty and that of creating jobs was not one to be undertaken by the Federal Government alone. (NAN)