Authorities say an Atlanta area man has been arrested after he was accused of beheading two puppies. 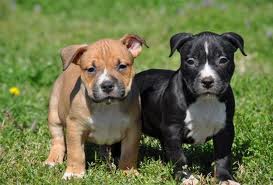 Cobb County jail records show Robert Davis, of Mableton, was arrested on Sunday on charges of aggravated animal cruelty and tampering with evidence.

Tyler Tedesco on Monday, said that he left two puppies in Davis’ care for a few days and was stunned when Davis said the dogs were dead. He says Davis never indicated why he did it.

According to reports, police officers found the dogs’ dead bodies in a wooded area.

Tedesco says he left the dogs with Davis and his girlfriend until a pit bull rescue group could pick them up.