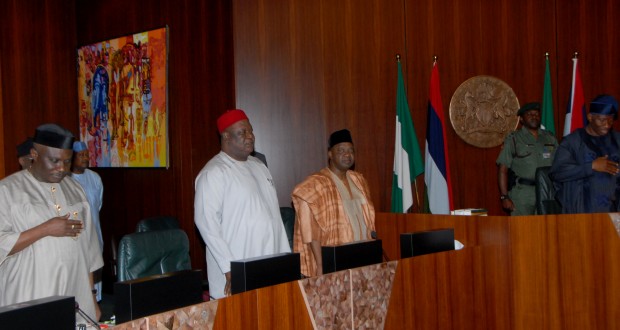 There appears to be palpable apprehension among members of President Goodluck Jonathan’s cabinet when less than forty eight hours after the last Federal Executive Council (FEC), he called for another meeting scheduled for the today at the Presidential Villa.

The FEC traditionally sits every mid-week and the last one was presided over by the President on Wednesday.

The apprehension is made even worse as no one knows the agenda of the emergency meeting.