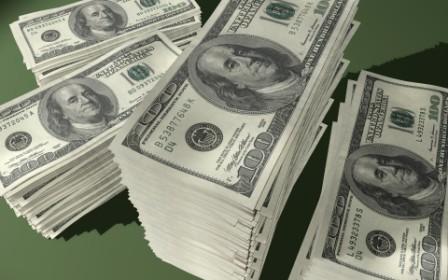 The Maryland State Police Department, USA, has confirmed the arrest of the Executive Chairman of Udim local government area of Akwa Ibom state, Mr. Nse Ntuen, for smuggling $82, 000 into the United States without declaring it to the appropriate authorities both in Nigeria and the US.

Nse Ntuen, who also doubles as the Chairman of the Akwa Ibom State Association of Local Governments of Nigeria (ALGON), was arrested on Friday at the BWI International Airport, Baltimore, by the Maryland State Police Department.

According to a report by LEADERSHIP, the council chairman only declared $5,000 when he got to the airport but further security checks indicated that he was still having some bundles of US Dollars in his bag.

The report further revealed that the suspect, who flew into the United Stated from London, United Kingdom, was later taken to an investigation room where an additional $77, 000 was found in his possession.

It was gathered that Mr. Ntuen accepted that he truly smuggled the money into the USA with the aim to use it as donations at the just-concluded Annual International Convention of the Akwa Ibom Indigenes in the United States and Canada which was held at the Marriot Hotel in Washington, DC.

Mr. Ntuen was later made to write and sign a statement where he accepted that he brought in items which he failed to declare to both the Nigerian and United States Custom agencies after which he was let off the hook but the whole $82, 000 he admitted to have smuggled into the country, was forfeited to the State of Maryland.