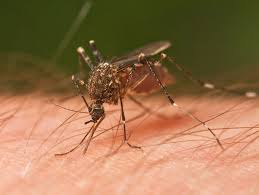 Mosquito season is in full swing. A lucky few people seem immune to the bites of the pesky insects. Others can’t seem to avoid them.

New research explains mosquitoes’ apparent selectivity. According to an article in Smithsonian magazine, an estimated 20 percent of people are “especially delicious” to mosquitoes. (Shudder.) They are bitten more often than others.

Why? A number of factors are at play. Chief among them is blood type. “Not surprisingly — since, after all, mosquitoes bite us to harvest proteins from our blood — research shows that they find certain blood types more appetising than others,” the article reports. Type O is at the top of the list. Additionally, about 85 percent of people secrete a chemical signal that indicates their blood type; these “secretors” are more prone to bites regardless of their blood type.

Another factor is the amount of carbon dioxide people emit when they breathe. Larger people exhale more of the gas, which may explain why adults tend to get bitten more often than children. This also means that obese people are more prone to getting bitten than average or underweight people, tall people more prone than short. Sweat, high body temperatures and skin bacteria also play a role. Pregnancy, which increases body temperature and carbon dioxide emission, may also increase the likelihood of bites.

And if you’re drinking type, you may have made yourself a mosquito target. No one has been able to pinpoint why drinking beer makes people more attractive to mosquitoes. Some have theorised that the elevation in body temperature and the amount of ethanol in sweat may play a role, but neither theory has panned out.

Can mosquito bites be reduced?

Folks often ask whether they should befriend someone who is more — or less — attractive (to mosquitoes). The notion is that sitting next to a person who is more mosquito-attractive will somehow protect you by diverting mosquitoes from you to him/her. Genius, but the two of you together may draw in even more mosquitoes, and you may suffer even more bites than if you were a lone soul on the park bench. Ah, but what about sitting next to a mosquito-repellent person? That still may not benefit you. Certain emanations of that person may draw in mosquitoes from afar, but they then might home in on you once they were close.

With all this said, there is the concept of zooprophylaxis. Maintaining chickens, goats, or other animals in your home can, in some cases, divert bites by mosquitoes that would otherwise have been directed to a person. This can afford some limited protection against malaria and other mosquito-borne infections. Whereas this may offer a strategy for folks who live in primitive dwellings in rural regions and don’t have resources to protect themselves by way of improved housing, pesticides, etc, it would not likely be embraced by travellers. Imagine checking in your hotel and finding a complimentary chicken in the room. Ah, but if it was a rooster, you’d not need to set the alarm clock.